Empowering young people and the institutions that support them. 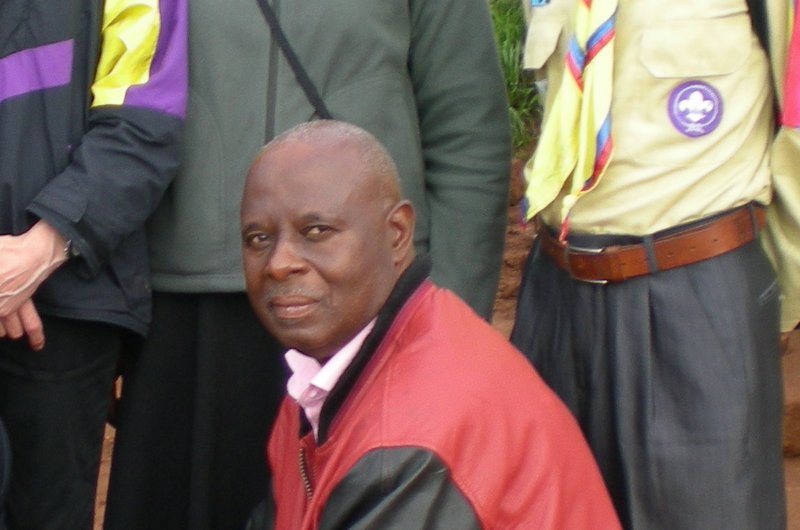 Papa Nawej understands the struggles of fathers in Domaine Marial. Not only is he the father of 10 children, his is also a miner and the pastor of the local protestant church. He experiences daily all the difficulties that artisanal miners face in finding regular employment. He sees the tragedies of unemployment every day among his congregation.

Papa Nawej knows that the men in Domaine Marial are hard workers. They have brought their families to Kolwezi because they want work. They want to escape poverty by earning enough money in the mines to support their families. However, work in the mines is irregular. Miners are often without paid employment for weeks or more. There is very little alternative employment outside the mines. Nawej is keen to speak about the stress that this situation causes.

‘The psychological burden on fathers who cannot provide for their children is enormous,’ he says. ‘When the children get sick, the fathers cannot afford healthcare. They cannot ask their neighbours for help because they are in the same situation. What do they do? They have to watch their children die. They can only watch as their children are taken to the cemetery.’

Nawej believes that the psychological burden on men who feel that they are grossly failing in their responsibilities to provide for their families is the cause of considerable violence and unrest in the community. The men frequently become depressed by their situation. Alcohol abuse and domestic violence increase. YEJ’s research into violence against women and children supports the pastor’s suggestions.

As part of an effort to reduce violence in the community, YEJ is working to establish alternative livelihoods for the young men of Domaine Marial. YEJ has established a fish farm and vocational training programming that is teaching aquaculture and fish smoking methods to young men and women. Donations from YEJ have supported a community farm to purchase tools and seed. The farm helps families grow enough food for their own consumption as well as produce that they can sell. These economic opportunities are providing hope for the young fathers of Domaine Marial as they begin to see a future in which they can provide for their children.

This story is part of a series of profiles highlighting the people of Domaine Marial in the Democratic Republic of Congo. Domaine Marial is a fringe settlement on the edge of the city of Kolwezi. The inhabitants are economic migrants to the area who hope to find work in the mines. Many of them were displaced during the internal conflict that has ravaged DRC for decades.

YEJ has been working in Domaine Marial since 2012 to help provide vocational education and opportunities for economic development of women and young people. Empowering women and young people to generate income and contribute to their society is helping to lift the entire community out of extreme poverty.

This website uses cookies to improve your experience while you navigate through the website. Out of these, the cookies that are categorized as necessary are stored on your browser as they are essential for the working of basic functionalities of the website. We also use third-party cookies that help us analyze and understand how you use this website. These cookies will be stored in your browser only with your consent. You also have the option to opt-out of these cookies. But opting out of some of these cookies may affect your browsing experience.
Necessary Always Enabled

Any cookies that may not be particularly necessary for the website to function and is used specifically to collect user personal data via analytics, ads, other embedded contents are termed as non-necessary cookies. It is mandatory to procure user consent prior to running these cookies on your website.